In my last post, I briefly discussed the impending closure of Funorb on the 7th of August this year, and that I started recording all my Arcanists gameplay in order to keep an archive of my final moments of fun with the game.

This highlights a problem in gaming where online games die without official support for playing them past server shutdown. We want to play the game, we bought copies of the game, and the code for the servers to make the game run exists, yet because someone decided it to no longer be a benefit to run them, that’s it. The game’s gone.

This can be particularly frustrating for the fans, and it certainly sucked when I heard that about Jagex’s Funorb, which hosts my childhood favourites Arcanists and Steel Sentinels, along with other great games like Armies of Gielinor and Void Hunters.

Even with the limitations my parents put on my gaming habits back during highschool and the fact that I only had a Funorb subscription for a few short months (since we didn’t have a credit card and I was paying through a friend), I racked up 1080 ranked games with Arcanists and 309 ranked games with Steel Sentinels, equating to 347 hours of ranked gameplay (assuming 15 minutes per game), and many more unranked games (particularly with Steel Sentinels). I absolutely loved Arcanists and Steel Sentinels back then, and I still believe they’re amazing and fun games that I’d love to return back to on occasion, even if it’s just to play with friends and have some casual fun.

Similarly, I was a huge fan of EA’s Battleforge back in the day for its unique and riotous-fun take on the real-time strategy formula, awesome theme, and its lovely and colourful art direction.

Battleforge shut down on the 31st of October, 2013, which was also the day of my highschool HSC Physics exam. Despite the importance of that exam, I still decided to make the most of Battleforge’s final hours, even sleeping at my computer desk with Battleforge open the night before the exam. 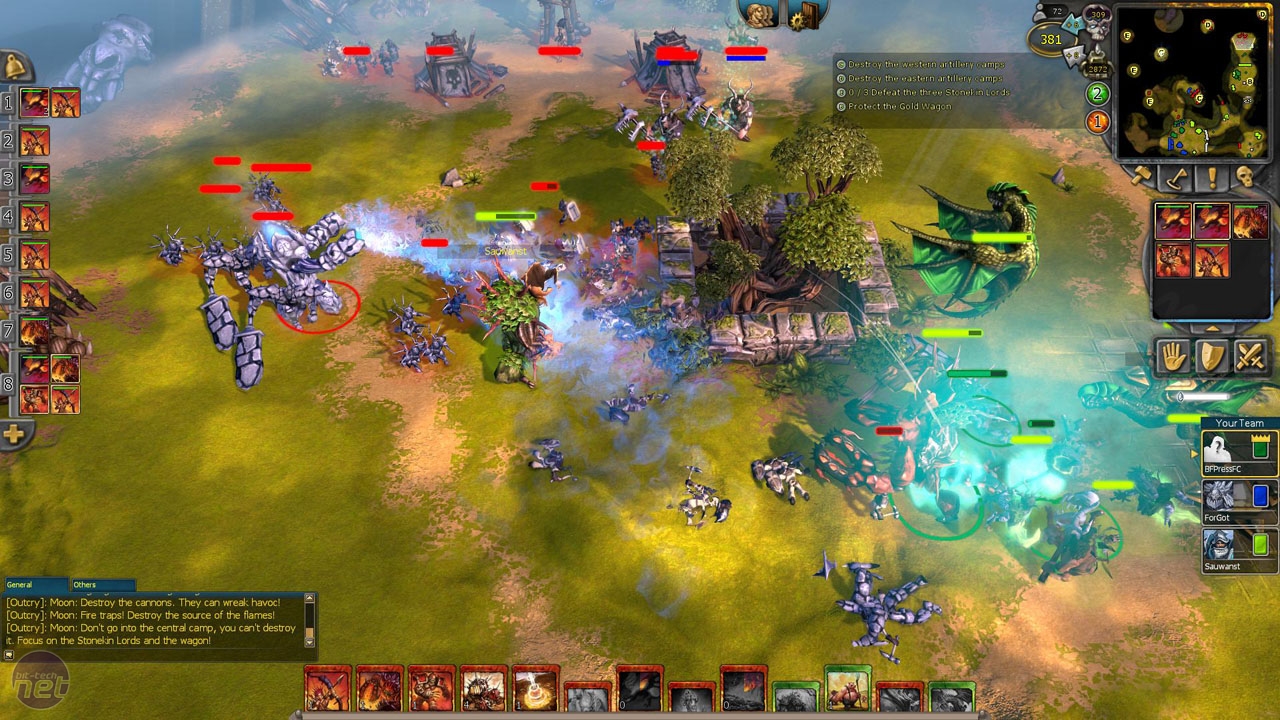 Thankfully, it’s not always doom and gloom. If a game is popular enough, people are smart enough to eventually figure something out.

Player-made private servers are a staple for MMORPGs such as World of Warcraft, Runescape, older titles such as Ultima Online, and dead titles such as Star Wars Galaxies.

Even for currently-supported MMORPGs such as World of Warcraft, private servers are still popular for allowing players to play older versions of these titles, particularly if these older versions are preferred over newer versions, or simply for the nostalgia. Private servers also naturally gave full control to the community, and even allowed adding of custom content to the games. 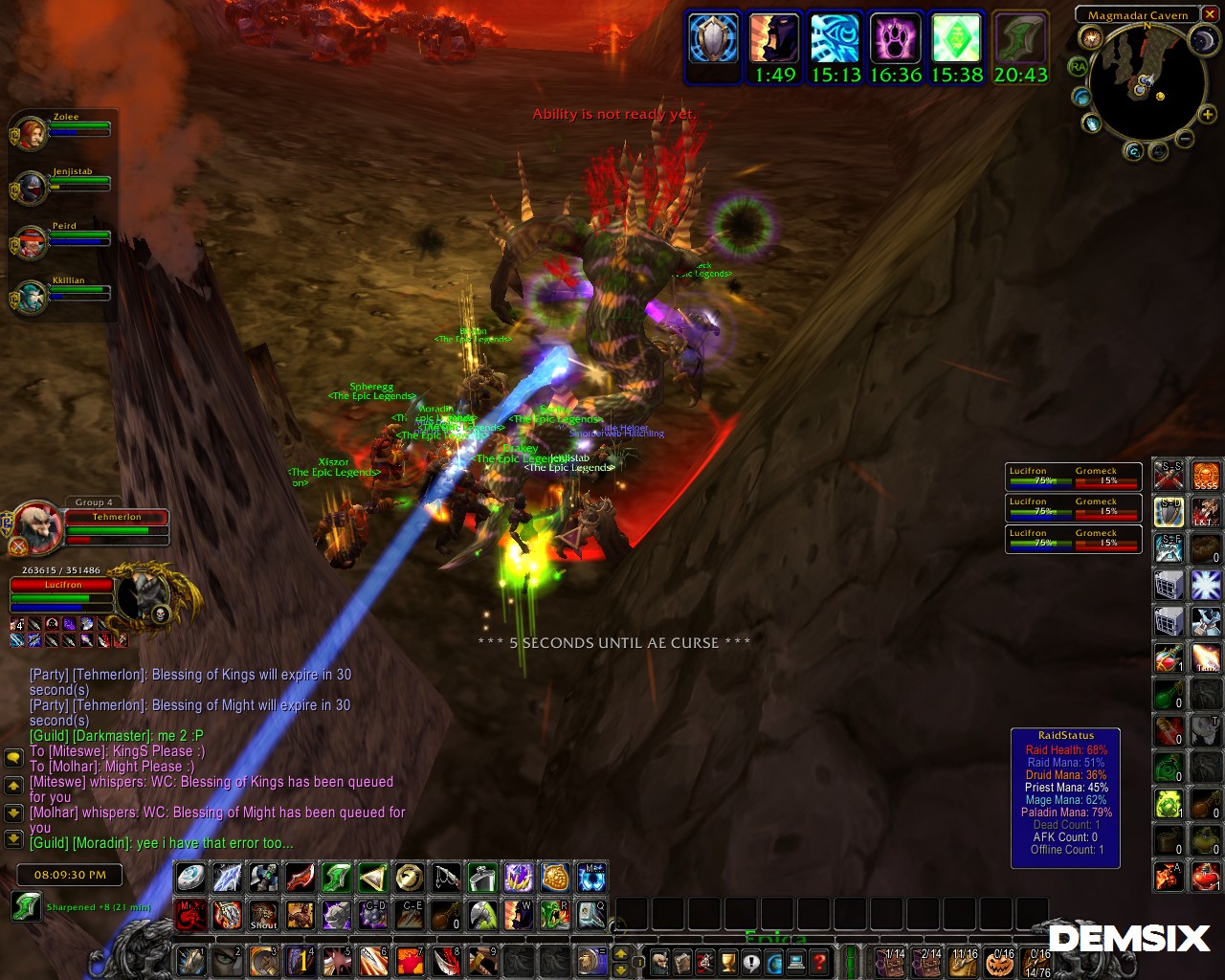 Moving away from MMORPGs, many other online games have also been successfully revived by players.

Official servers were axed in 2011 for Supreme Commander: Forged Alliance, though LAN play and a campaign were still available. The Forged Alliance Forever project was the community’s response to this, giving the game a multiplayer lobby and match-making (thus avoiding the need for VPNs) that continues to run to this day, and a community client with frequent patching for bug fixes and balance changes. 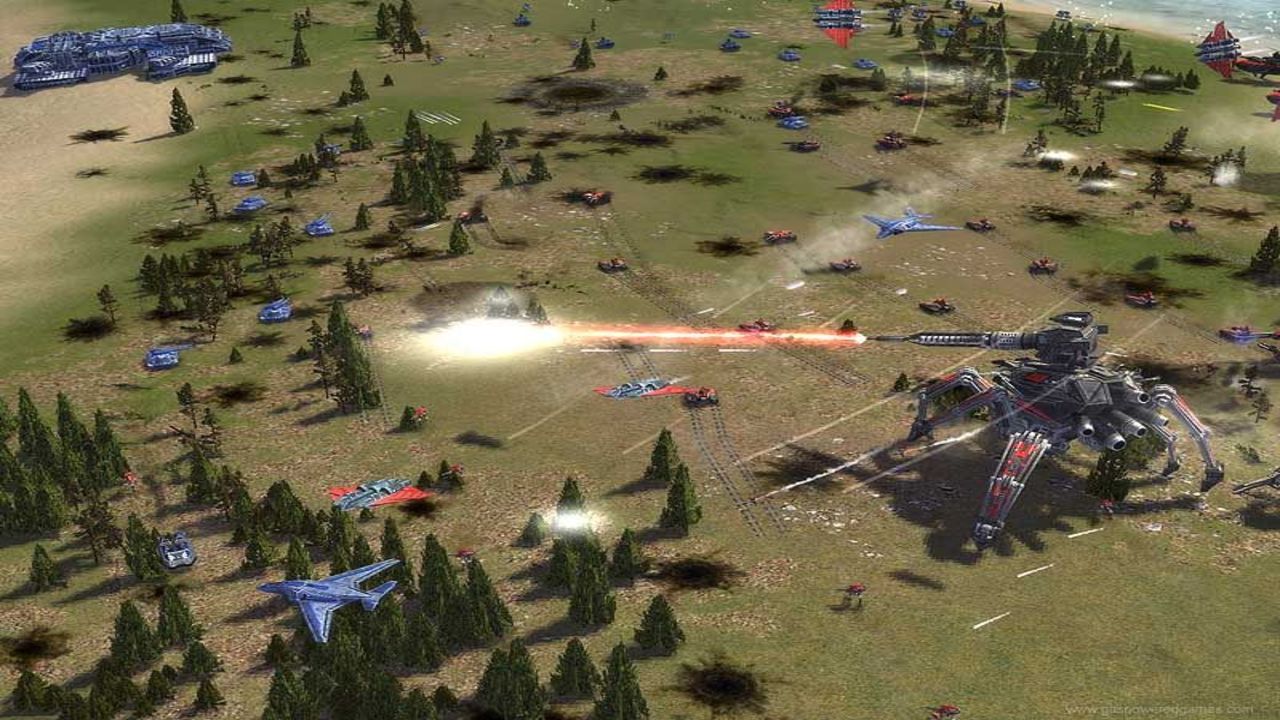 Allegiance is a shining example of what happens when a company supports its community’s efforts for revival. Allegiance’s online servers got the axe back in 2002, but succeeded well beyond its expiration date thanks to its small but loyal following.

LAN play was originally supported, which allowed the community to continue playing in a limited fashion. In 2004, Microsoft released the source code under a shared software license, smoothly allowing continued development by the community under the name FreeAllegiance and allowing the hosting of a community-driven online lobby. And just last year, Microsoft converted the software license to the open-source MIT license, allowing the game to be re-released onto Steam.

I discovered the game around 2005 through a free games magazine and despite being absolute terrible at it, I played the game for years until my family upgraded all the computers to Windows Vista. I stopped playing due to lack of support for Vista, though it improved eventually, allowing me to occasionally dive back in.

Despite the dated graphics and technology, Allegiance in my opinion stands the test of time for its uniqueness, community, and gameplay breadth and depth that few games are able to compare with. 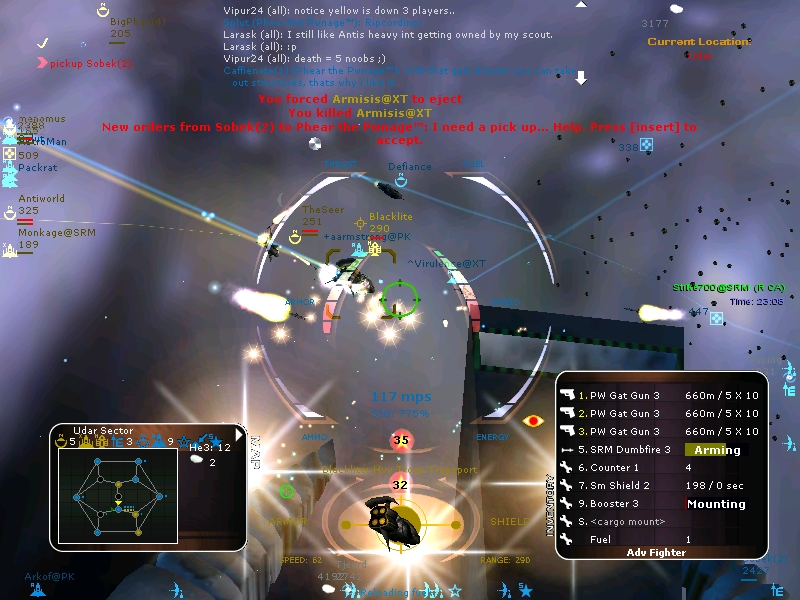 On the other side of the spectrum, companies are also known to flex their legal rights against server emulators, with Asheron’s Call and it sequel Asheron’s Call 2 being merely two examples of emulator efforts falling to legal cease and desist orders.

Turning our sights back to Funorb and Battleforge, perhaps there’s still hope.

Hanging around the Funorb unofficial Discord, there are certainly talks of reverse-engineering the games and building server emulators, and people who seem to have looked through the code and the internal game logic. While I haven’t seen anything concrete yet, I’m quite hopeful that someone’s going to make a server emulator at some point. I might even take the challenge up myself if need be (it can be a great learning experience!).

Also, at the time of writing, a Battleforge server emulator seems a lot closer to being “ready”, with this recent announcement by the Skylords Reborn project on progress towards an open beta, and videos of the game working such as this video with early-alpha footage:

Really, it’s all just a matter of time.

There will always be a time when a games company no longer sees the continued support of an old game viable. The reason for this I think is fairly obvious: games companies are businesses, and legal complications may even prevent them from acting for the interests of the players.

Even if a company wanted to release server software, they’d need to spend time sanitizing it to remove anything unfit for distribution, and this could even prove impossible depending on the design of their systems. And even with the technical challenges sorted, unless a games company is doing it for PR, there’s no good reason for them to spend employee hours to solve both the technical and legal challenges that may exist.

There’s also the problem of avoiding cannibalizing its newer products, further disincentivizing any good will. As an example, consider a scenario where a company wants to release a new online-only arena shooter while also killing off support for an older online-only arena shooter. If the company released server programs for the old title, they’d consider it more likely that some people (no matter how small) who would’ve bought the newer title would instead continue playing the older title. It may not even matter how small the possibility is for the release of server programs to cannibalize. Releasing server code can potentially pull customers from any present and future titles.

Keeping assets as close as possible is also advantageous, giving a company more exclusive rights and control over the market. Relinquishing a great deal of control over a product and allowing public hosting means they lose the option of reusing it at a later date, perhaps to revive and subsequently monetize it, or to sell the assets off to another developer.

I’m sure there are plenty more points of discussion, especially since I haven’t even attempted to touch any legal problems that may arise (such as re-licensing). But the point still stands: companies gain nothing from giving communities control and can even suffer for it, so why should they bother?

Letting go of a well-loved videogame can be particularly painful. Oftentimes, we’ve invested so much of our lives on the particular game, spent so much time playing it, thinking of how we could get better at it, formed communities and friendships, and made plenty of fond memories. Even if you hardly play a particular game nowadays, losing the ability to play it can feel like losing a part of your life.

For games with no dependence on online services (such as retro console games and most single-player PC games), it’s not too bad to simply lose the disk, cartridge, and/or console. Someone probably ripped it and the game is probably playable on a console emulator. Or in the worst case, you’d likely still be able to find a second-hand copy of the game for sale somewhere, and an old console or a copy of Windows 95 to play it with. Everything is self-sufficient enough that it’s quite easy to go back to.

But for online games with complete dependence on online services, the loss of these services renders them completely unplayable on their own. The online server components are often highly complex yet kept secret by the company that hosted them, meaning a major technical effort is required by a group of skilled reverse-engineers in order to bring it back. Depending on the game, this can take years before an acceptable server emulator is developed (if at all). It’s been almost 5 years yet the Skylords Reborn project is only just moving towards an open-beta for its Battleforge server emulator. And even if the game gets a server emulator, its accuracy depends on how well people understand the game from the outside. (Exact precise accuracy may not matter, but it’s still worth noting.)

If the game is niche, unique, and actually good, its loss can be even more painful. If similar-enough games exist, then the loss of an original isn’t so bad. They won’t be the same, but they can be similar enough to still enjoy the same gameplay. However, this is certainly not the case for Arcanists, Steel Sentinels, Battleforge, and Allegiance. All of these are great games that offer unique gameplay elements and combinations unseen elsewhere. 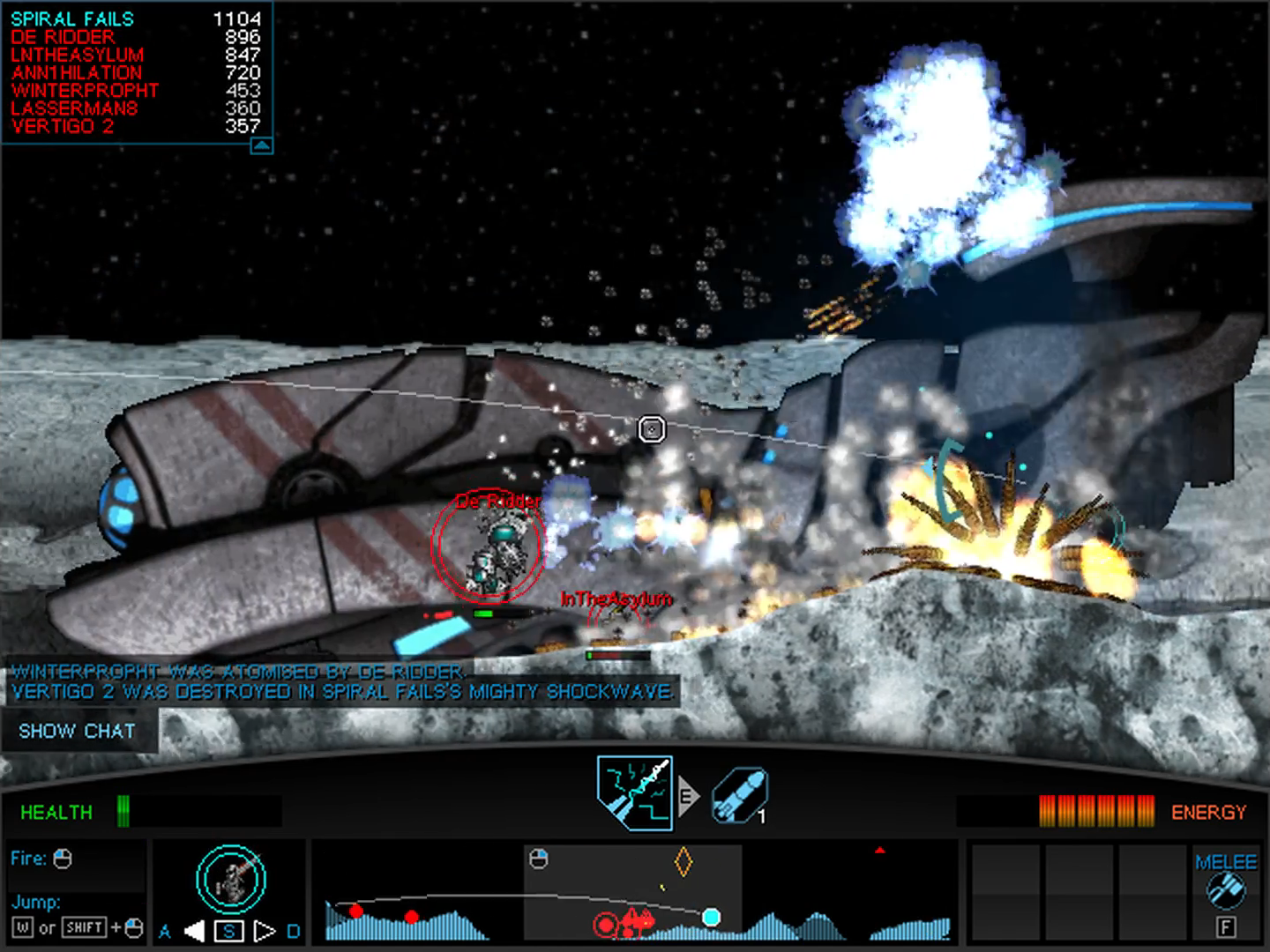 The uniqueness factor perhaps applies a bit less to Supreme Commander’s fairly bread-and-butter RTS gameplay (not to mention the fact that the campaign and LAN are still playable without servers anyway). However, I contend that Supreme Commander offers a well-crafted, timeless take on the genre that is difficult to replace, so it offers itself as an example, showing that you don’t need to be particularly niche to be sorely missed.

Two points must first be made:

Thankfully, the law could soon protect community-run online game revival efforts in the US, though the Entertainment Software Association opposes this, arguing that laws exempting officially abandoned games from DMCA takedowns can be seen as a form of competition against currently supported titles.

If the legal issues are solved, one might consider that it doesn’t matter too much to get companies to distribute their proprietary game server programs. It’s only a matter of time before someone builds an emulator, and “the problem of building a server emulator is someone else’s problem, not mine”. But what if we avoided the need to emulate from scratch anyway? Instead of thousands of developer hours merely getting something to work, all that effort could instead be fast-tracked with the release of source code or even merely the compiled server programs. Developer hours could instead be spent on improving on what already exists, or even working on completely new projects.

I won’t attempt to discuss the legal aspects of the problem of the release of proprietary game server code (I’m completely the wrong person to talk law), but assuming the legal problems are all sorted, we’d need companies to take an interest in consumer rights, and the technical challenges would need to be addressed. Unfortunately, these require businesses to act on good will, actively costing them man-hours that they technically don’t need to spend.